The Apple craze in China is officially over a decade old. During my days in China, more often than not, I would take the early bus to Tianjin, along with 20 people glued to the glare of their phone screens. Take a walk across a busy intersection on a weekday morning and you will find dozens of people marching to work, busy on their smartphones. Not just any smartphones―the Apple iPhone.

The reason why I did not specify which models are most popular is that the iPhone craze in China is more about class than tech specs.

“The people don’t bother which generation it is, as long as it’s an iPhone”-- Mobile store owner, Tianjin, China

From 4th Generation all the way to the latest models, the Chinese make a big deal out of the iPhone, even if they are not the ones to show it. Despite this, Apple’s returns for the holiday quarter have not been good. One may attribute this to the slowing Chinese economy but there are other factors at play. Things have turned so bad that Apple has had to scale down its revenue forecasts by an estimated $5 billion- $9 billion. The announcement (made way back in January) sent its stock (AAPL) tumbling, falling by about 10 percentage points, though it has managed to recover since.

The struggle for Apple in the Chinese market was real and people were simply not buying iPhones as they found the price tag too demanding. What seemed to be the problem? Was there a new competitor on the block? If so, who was causing the disruption?

The answer is pretty simple, it was Apple - yes, Apple from the Future.

To break this down, we have to take a look at the Cupertino smartphone giant and its position in the Chinese market. Yes, they make smartphones, but not just any smartphone. They are makers of the most sought-after digital product in China. No, not the BlackBerry. With an iPhone comes class, finesse, style, elegance, efficiency, exclusivity and a burning hole in the pocket. This is where Apple separates itself from the Huaweis and the Xiaomis of the market. To be honest, Apple is a monopoly, with no competition in the foreseeable future. But wait, our good friend Ronald Coase, a Nobel-winning economist, has something important to say…

“[A]s soon as the consumers who are willing to pay the monopoly price make their purchases, the monopolist has an incentive to lower his price and sell to some of the remaining consumers. Immediately after the next round of sales, the monopolist would find it worthwhile to lower his price yet again. This process would continue until all buyers with reservation prices above marginal cost are served. But rational consumers would anticipate this rapid fall of prices and wait until the market price reaches its ultimate level before making any purchases”

If that went over your head, do not panic. What he means to say is that in a market for a durable good (whose resale is not possible) with only one primary seller (monopoly), once the first lot of goods is sold at a particular price, the remaining goods are sold at a lower price. Now of the further remaining goods, some are sold at an even lower price than before and those still remaining shall be sold even cheaper and this goes on. If a rational buyer anticipates this and waits for the price to keep falling, he can nab the good at a much lower price than before. This is what we call the Coase Conjecture. In effect, the Coase Conjecture holds that a monopolist faces competition from future incarnations of himself, even though he is the only producer in the market.

Now, if we take an iPhone (any generation) to be a durable good, as most of the Chinese market prefers it to be, and Apple as the monopolist, there will be competition faced by Apple. From whom one may ask? From the Apple of tomorrow, its future self. And as a result, Apple will be forced to drive down prices to encourage purchases. Oh, look, it’s already taking place. Time to get yourself an iPhone. 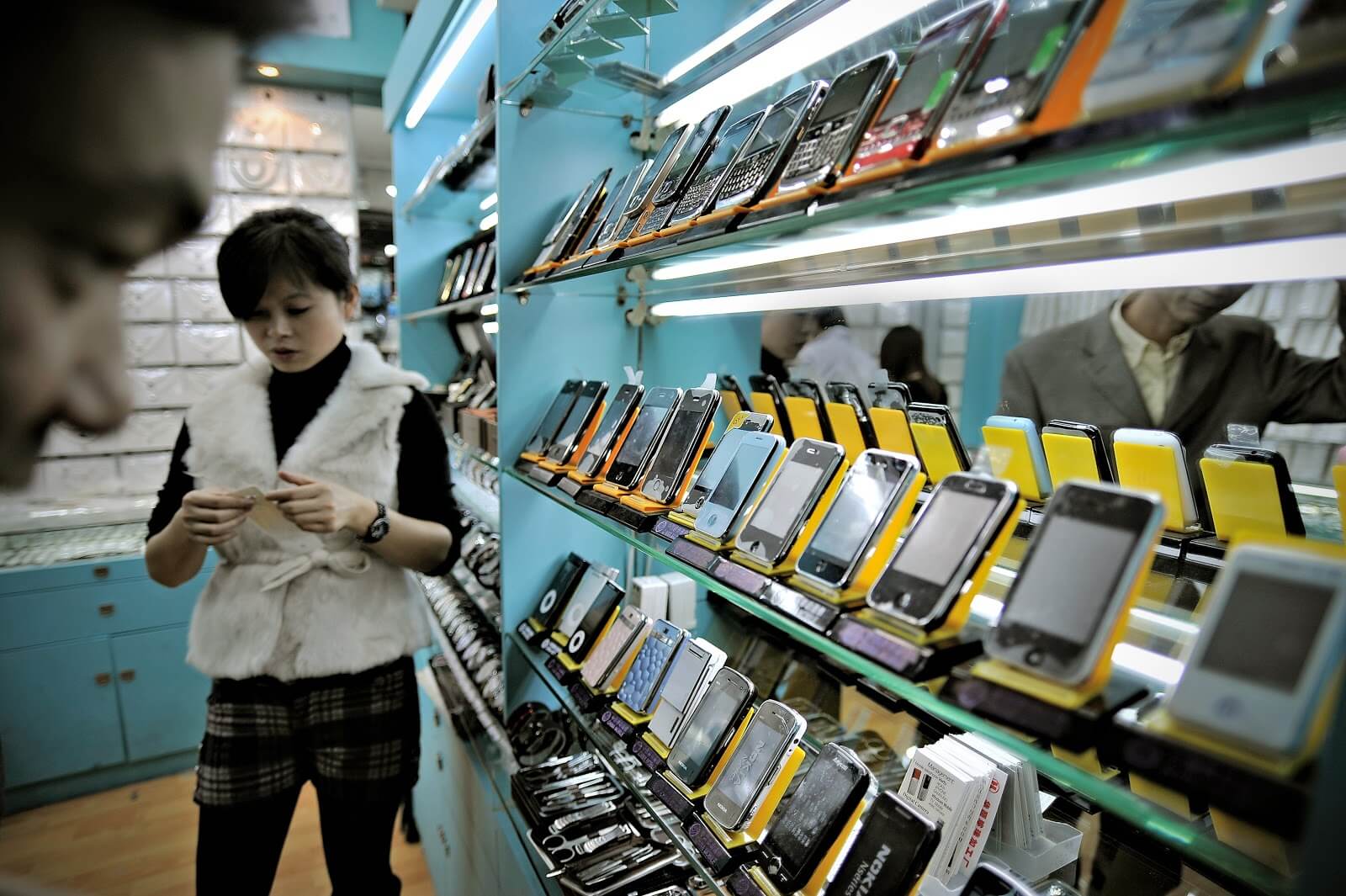 The people in China know this well enough and this is why they keep sitting on the iPhones, waiting for prices to drop. That, ladies and gentlemen, is exactly how most of the Chinese middle class enjoys an excess of iPhones. Nevermind them showing off models released six years ago.

It appears that there is little Apple can do to rid themselves of such a predicament. They could try introducing a new spec of such a high quality that people simply have to have the new model. Or, as an alternative, they could simply refuse to lower the price of new models for such a period of time that people are practically forced into a purchase. But neither of these seem like realistic solutions. The former will likely fail due to the notional loyalty to any iPhone. The latter will fall short also, as long as older models continue to function. The question is then, what next for Apple in the Chinese market? Is there an unexploited strategy waiting to lure the Chinese public into parting with their hard earned cash, or is Apple destined to be a fashion item?