In this article, we take a look at the people in the past decade and more who had exponential burdens placed on their shoulders and examine how they fared. The men and women who moved markets and sentiments; whose names were heard on the internet and in households across the globe, setting examples to follow and learn from, for the generation ahead. 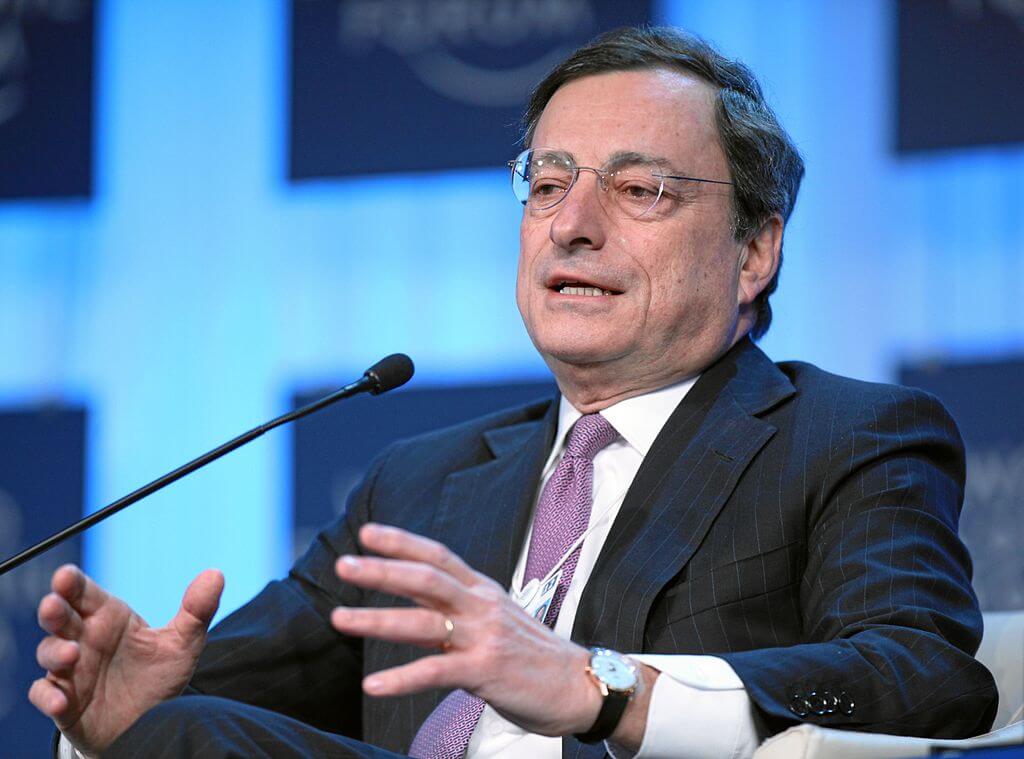 Mario Draghi has been in and out of Most Influential around the world for more than a decade, topping out at number 2 on Fortune greatest world leaders. Before taking Jean-Claude Trichet’s place at the top of the European Central Bank, he had served as the Governor of the Bank of Italy and was elected as Chairman of the Financial Stability Forum of 2006. But his biggest achievements came in the form of righting the ship that was the European economy, which was on the brink of collapse with a host of countries running on failing economies, huge debts and crippling deficits. He said he would do “…whatever it takes…” to preserve the Euro and so he did.

Only time will tell how this proven leader will stand up to the task of a Britain-less EU economy, however.

Currently in 2019: President of the European Central Bank 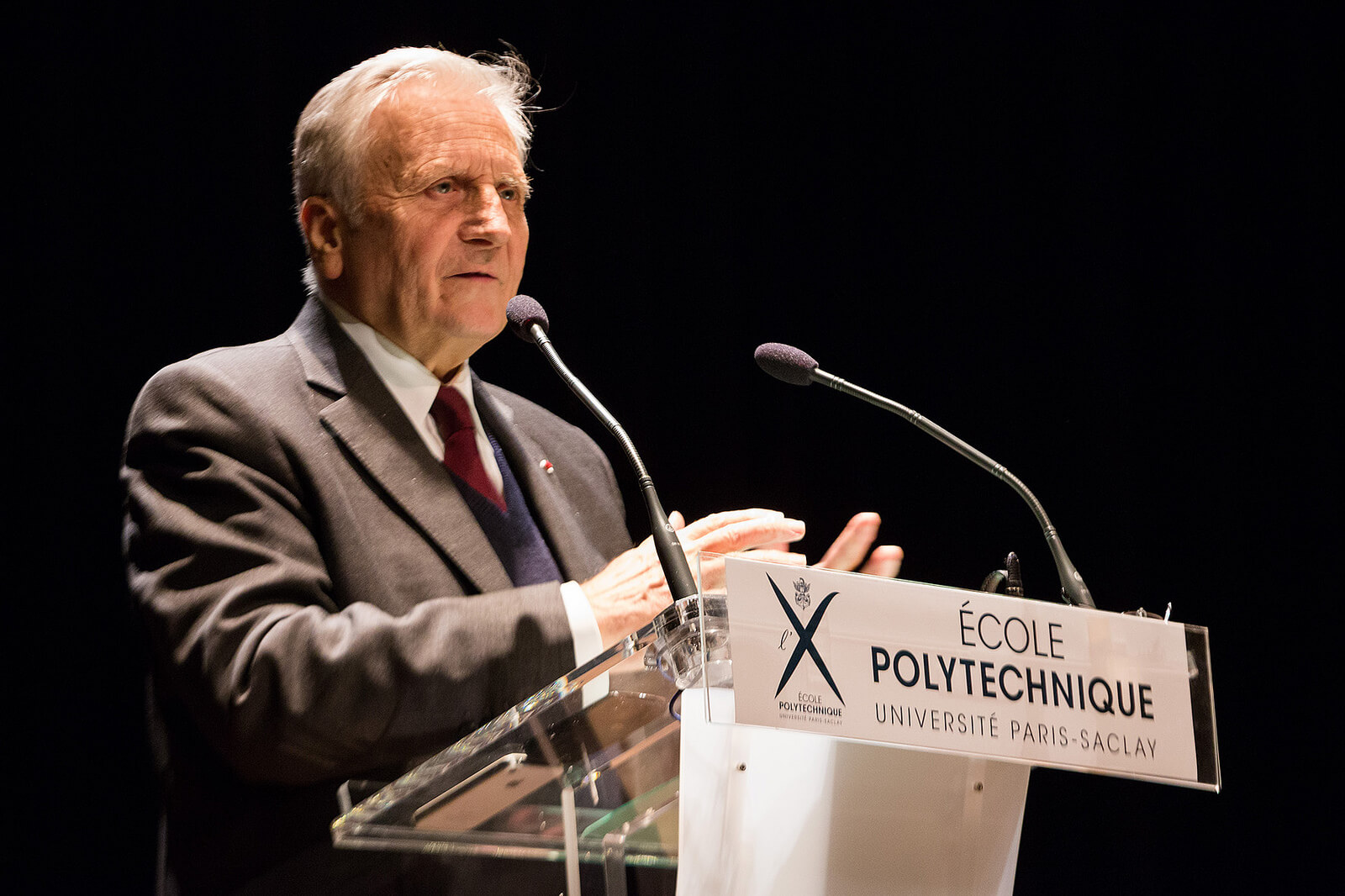 Coming off the worst banking scandal in French History, Jean-Claude Trichet was able to successfully manoeuvre himself out of the French Treasury and into the leading post at the ECB. It was under his Presidency that Europe plunged into the Great Recession of the 21st Century, and many still believe that he should get most of the blame.

It was 2009 when an IMF report showing telling signs of a Greek default came out, but Mr Trichet was not ready to budge, standing firmly in resistance stating, “no European country could ever be allowed to go bankrupt”. Instead of fixing the problems he chose to resist any contemplation of a default until October 2011, when a consensus to devalue Greek bonds was reached. He resigned as President before the end of the month.

Currently in 2019: Board of Directors, Airbus Group 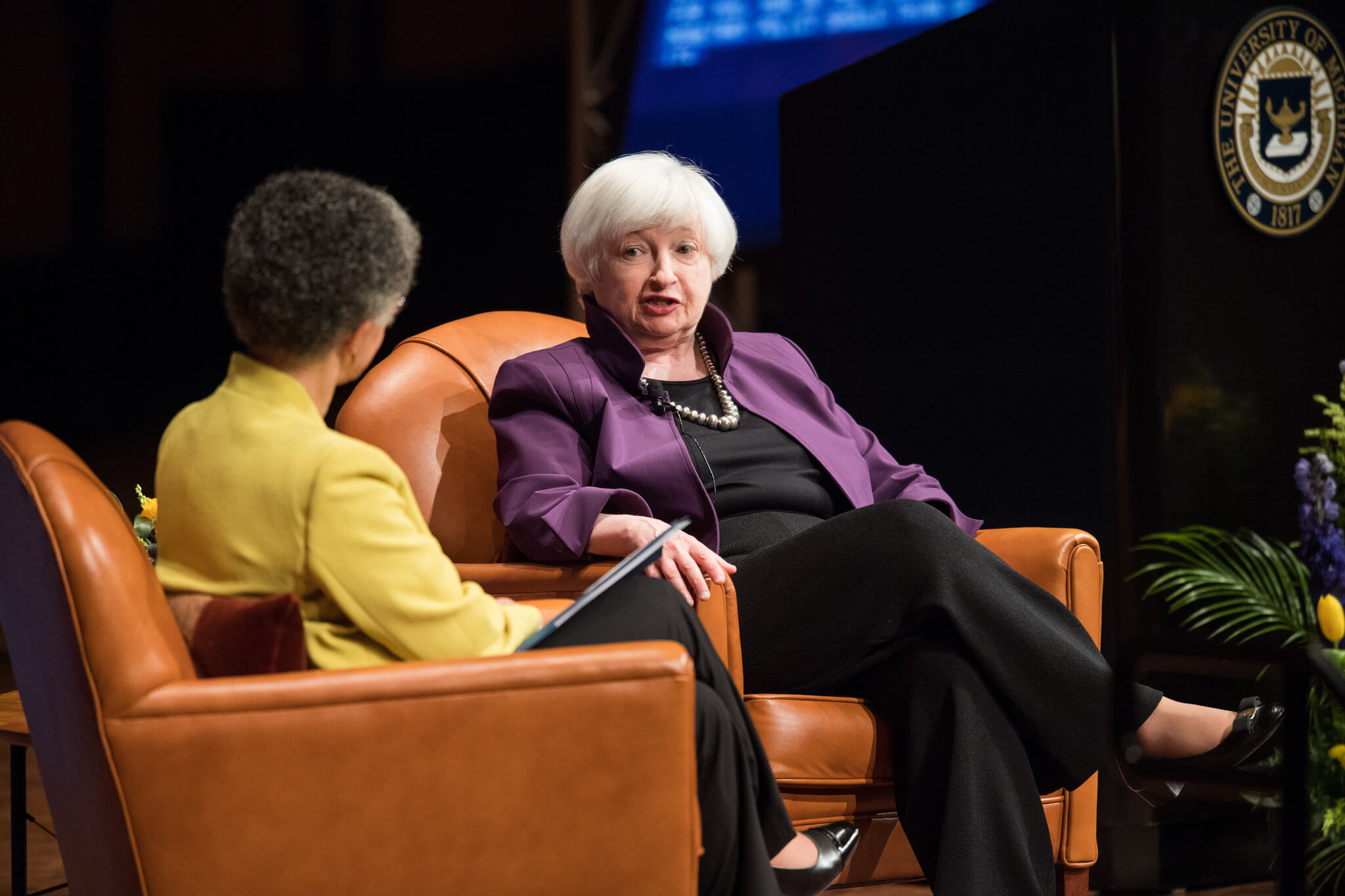 In one of the huge success stories of the last decade, Janet Yellen has done more than defy expectations and targets set for the economy. Starting her term as Vice-Chair in 2010, and later serving as 14th Chair of the Federal Reserve, she replaced the outgoing Ben Bernanke whose $3 trillion stimulus package she defended throughout the Senate hearings. She has successfully overseen a gradual return to full employment as well as an increase in real income growth. She has even managed to scale back the stimulus packages to the economy while simultaneously leaving inflation rates stagnant. 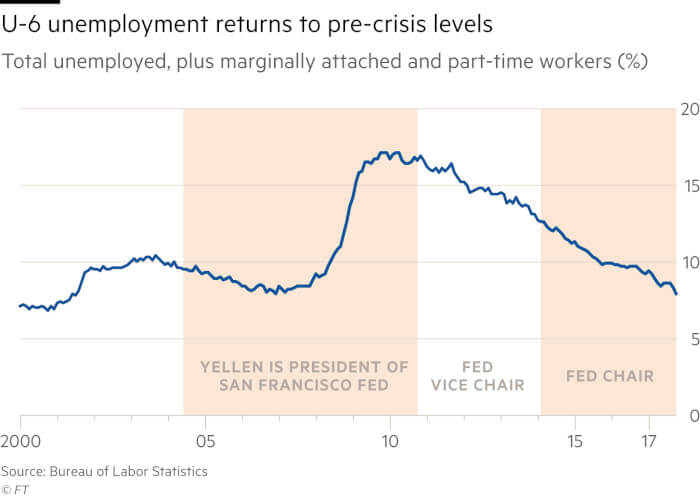 Although considered to be a “dove”, she has gradually raised interest rates in the past few years from 1.5% to 2.25%. Donald Trump may not approve of her but the people definitely do, as she has left a great inheritance for Trump’s nominee Jay Powell.

Currently in 2019: Distinguished Fellow in Residence at Brookings Institution 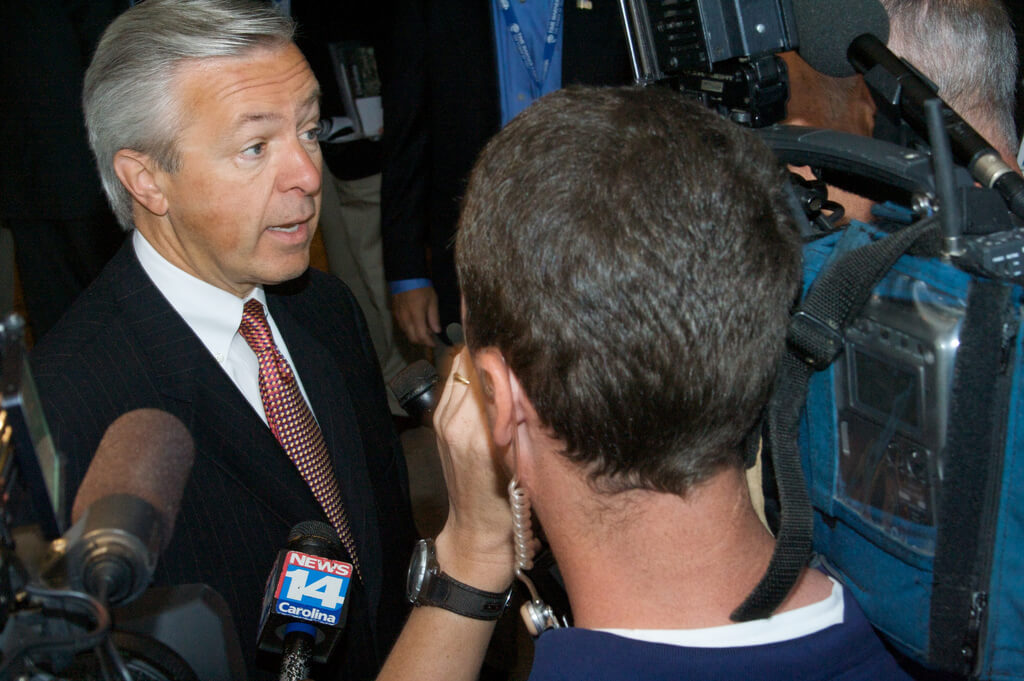 John Stumpf was the commander and captain of a $1.9 trillion empire. Today he has lost it all; well, nearly all of it. Rising steadily through the ranks from 1998 he finally assumed the position of Chairman and CEO of Wells Fargo Bank, the fourth-largest bank in the US by total assets, and it was all going well as Wells Fargo emerged as arguably the biggest player in the American economy. In December 2008, when the world was in the middle of an economic collapse, he led the purchase of Wachovia bank, one of the biggest mergers in the history of banking. However, in September of 2016, the bank was charged with opening 2 million accounts without customers’ permission, just so that they could meet the sales quotas of the company. Slapped with a $185 million fine by US regulators for their fraudulent activities, John Stumpf had to eventually resign in the wake of the disaster. His story is still a matter of public hatred, as he got away with a hefty $134 million paycheck, although a Wells Fargo spokeswoman had this to say, “Mr.John Stump will not receive any severance payment”. At least when it comes to banking, no severance payment doesn’t mean severance from a payday. 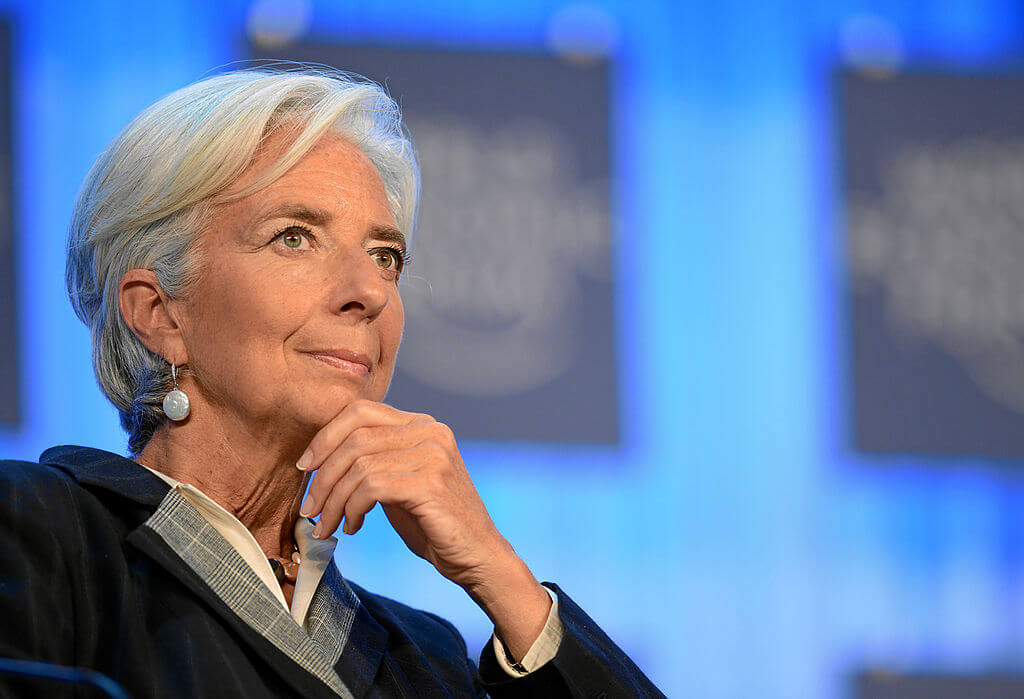 In June 2011 the IMF made history by electing Christine Lagarde as its first ever woman head. It was also slap-bang in the middle of the European sovereign debt crisis and Europe needed her, to call her strict or strong would be an understatement. She has repeatedly shown her unforgiving nature, especially when it comes to doing what needs to be done, and Greece knows it far too well. If you were to ask her about the way she handles such issues, she says that she relates to “Adam Smith— that is liberal”. Initially hesitant towards writing off Greek debts, she had repeatedly asked for austerity measures to be carried out. But when the people of Greece decided to just not pay their taxes, she was forced to take the initiative of creating a rescue package for the debt-ridden country. When she knew that the help arranged was still not enough to save the country, she decided to finally write off the debts and was even ready to call for debt relief on a global scale on behalf of the IMF. This IMF MD is as close as an “Iron lady” as you can find.

Currently in 2019: Managing Director and Chair of the IMF 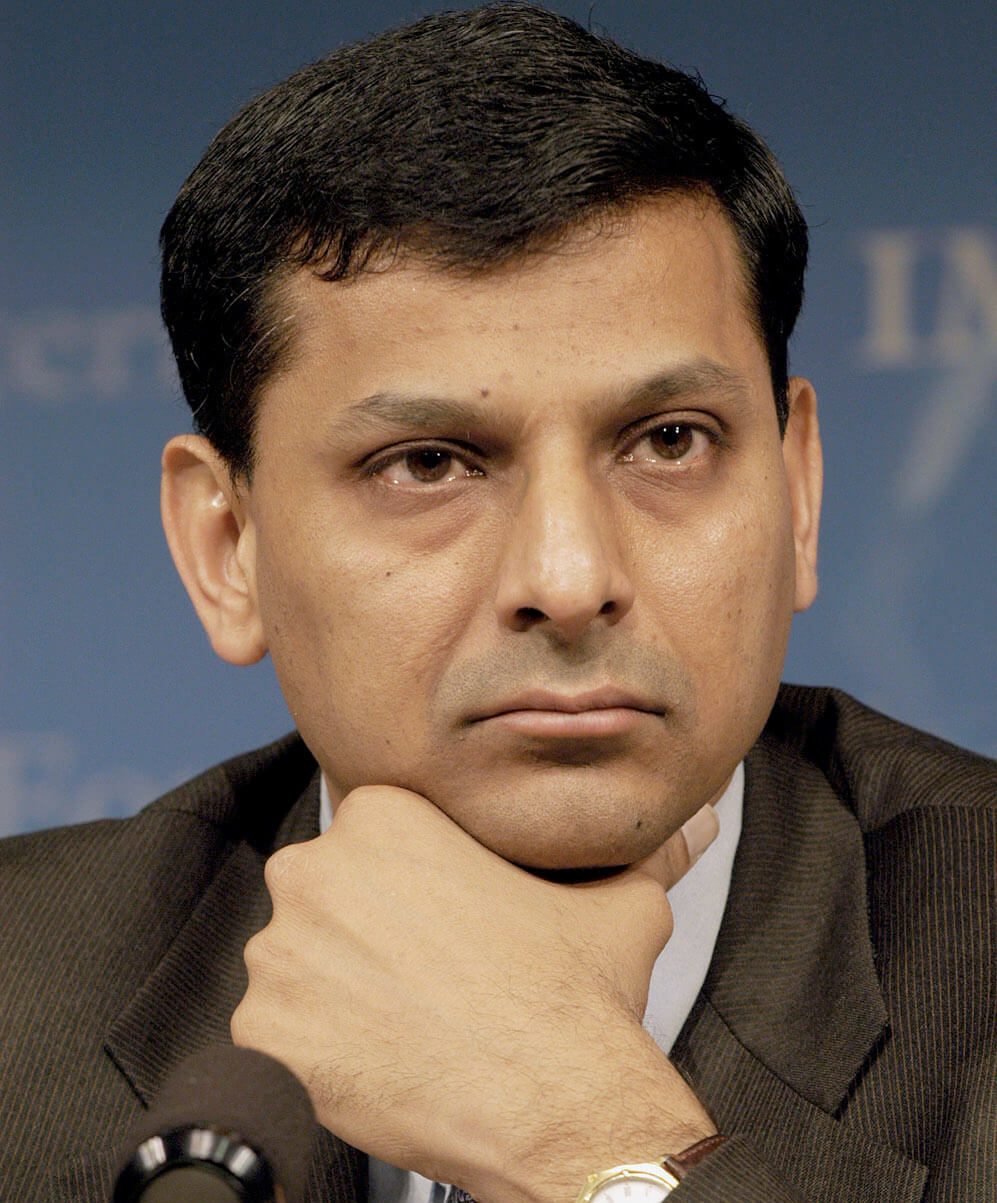 He started out as an assistant professor of finance in 1991 at the Chicago Booth School of Business, but his book Saving Capitalism from the Capitalists caught the eye of the IMF’s first deputy managing director Anne Krueger, who appointed him as the Chief Economist. This made him the first Indian and the youngest ever at his post. He helped the IMF make huge strides in financial sector analysis and led increasing research into their effects on a macro level. In 2012, he was appointed chief economic adviser of India and even prepared the Economic Survey of India for the year. It was less than a year later that he was appointed Governor of the Reserve Bank of India. It was under his tenure that India experienced a fall of 6 percentage points in its retail inflation rate and a historically low rate of wholesale inflation. With global support on his side, India’s foreign exchange reserves ballooned to $380 million in a matter of only two years and with the election of the new government, prospects of the Indian economy were as bright as ever, despite the many tussles with the government.

Eventually, his will to return to academia got the better of him and the government wanted to head in a different direction (Note: Demonetization) while he preferred taxation to tackle the issues of black money. 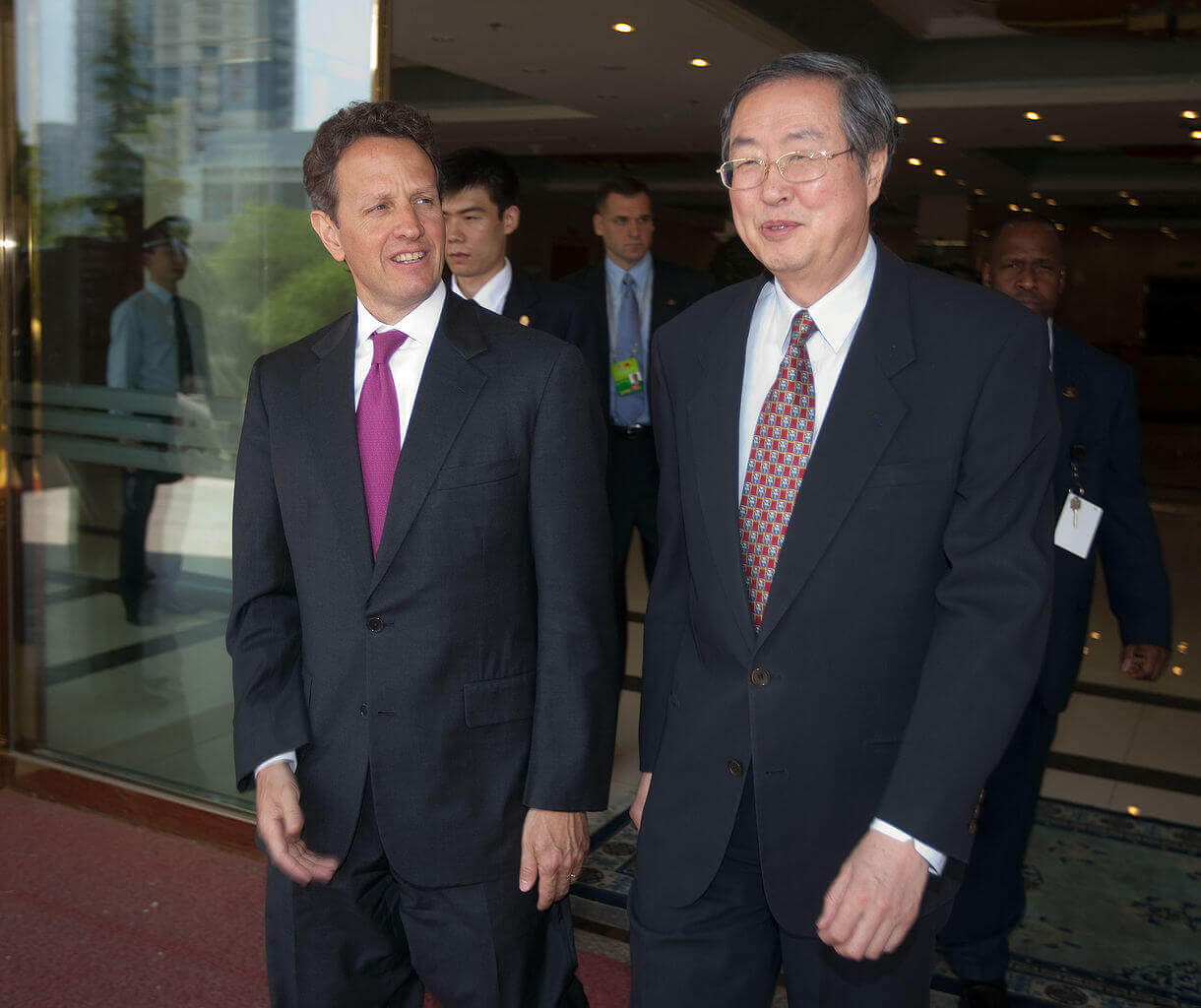 After serving as president of China Construction Bank and Chairman of the China Securities Regulatory Commission, he was appointed as governor of the People’s Bank of China by Premier Zhu Rongji, a tenure which lasted a whopping 15 years. Unlike its contemporaries from across the globe, the People’s Bank of China is not independent. Almost everything has to go through the State Council whose members prefer to have low interest rates and lots of credit. Yet it is through these confines that Zhou Xiaochuan has managed to manoeuvre policies in and outside of his jurisdiction that truly set up the Chinese economy as an international investment opportunity. He is responsible for internationalising the renminbi, encouraging the growth of online banking throughout the nation and clearing up more than $800 million in bad loans. The man is considered among the most academically capable among the Chinese leadership, has an increasingly friendly openness toward the media and is the only Chinese higher-up who has been published in a Western Journal. Add to that his attitude toward markets,

"If the market can solve the problem, let the market do it. I am just a referee. I am neither a sportsman nor a coach."

and you probably have one of the biggest reasons why China has roared into the foray as a global economic powerhouse over the past decade. After opening up the Chinese economy through a legacy of financial reform, he stepped down in 2018, just as the fear of a Chinese slowdown was materialising.