Millennials (smh). Pampered and nurtured by parents, trying to avoid the mistakes of a previous generation. You are late to graduate, late to marry and late to have children. You’re even late to find a job (IF you find a job). To this ever-determined and ambitious generation, we dedicate the series, ‘for’ and ‘by’ the Millennials, who are most likely still living with their parents. It’s time we spoke about our host of issues, Gen-Y style.

If you are a Millennial, you should be angry. Also, if you’re a Millennial who’s about to hit the job market, I’ve got disappointing news for you. The Millennial unemployment rate now stands at an astounding 12.8%, dwarfing the US national average. Furthermore, if you are a Millennial who has gone through the past decade unemployed or not, you have also had to endure the biggest financial disaster of the past half-century, so kudos to you for sticking around and having a firsthand account of the experience.

We were robbed, I tell you. The Millennials were supposed to be the ‘greatest generation’ yet, the most technologically advanced and by far the most educated generation ever. We were expected to come in and revolutionise the industry, do away with the old-fashioned and bear the torch of progress. Well, so much for trying. We have still not cracked into the industry as smoothly as we would have wanted. Employers are unsatisfied with our over-expectant attitudes (Note: most of them being baby-boomers, the slackers of Generation X never made it). Overall, it has been a struggle.

Alright, we are hard to please, overconfident and maybe a tad bit narcissistic. We dream too much about having it all, without taking our daily dose of reality. Flashy cars, jewellery, big condos, champagne and caviar. Well, that’s what was sold to us ever since we got on to MTV or were young enough to watch television. We also focus too much on ourselves, often losing track of the ‘Big Picture’. But we never had to answer the call of the GI generation or the rallying cry of growth and economic development in the 80’s and 90’s. How often were you taught to think as a generation, and not as individuals?

No matter what, one thing is for sure. The Millennial Generation or Gen-Y as it is called, is the most highly educated generation to date, and we are definitely proud of it. The Pew Research Center recently conducted a study showing that 21% and 27% of men and women (aged 18-33) had a college degree, as compared to the Baby Boomers (17% and 14%) and Generation X (18% and 20%).

“Oh, what do I hear? We aren’t learning interpersonal and communication skills? Really?”

True adulthood only hits us when we realize that these numbers do not mean anything to the people hiring out there. They say we lack team building and the ability to communicate effectively, and are more adept at theoretical knowledge than actual applicable skills. Which in essence is saying that our school and college education did not really help us at all.

To be honest, that just rubs us off the wrong way, especially with how increasingly expensive university education has become, with ballooning student debt plaguing much of the Western world.

“If the employer is just having a problem with me and my ways, then guess what, I quit!”

Unfortunately, there lies another innate flaw deep within us. Maybe, it is because a lot of us are still young and haven’t grown out of the habit of denial. But for many, it is very hard for us to come to terms with our shortcomings. Much too often we will just dismiss them, or much worse, put the blame on the employer. But as we all know, that’s just a quicker way to get the boot!

If we are to make up ground, and reach our expectations (sky high!), we will have to adjust to the ways of the world and not be so adamant as we strive to perfection. But why ‘perfection’? Why are we so obsessed with getting it right? 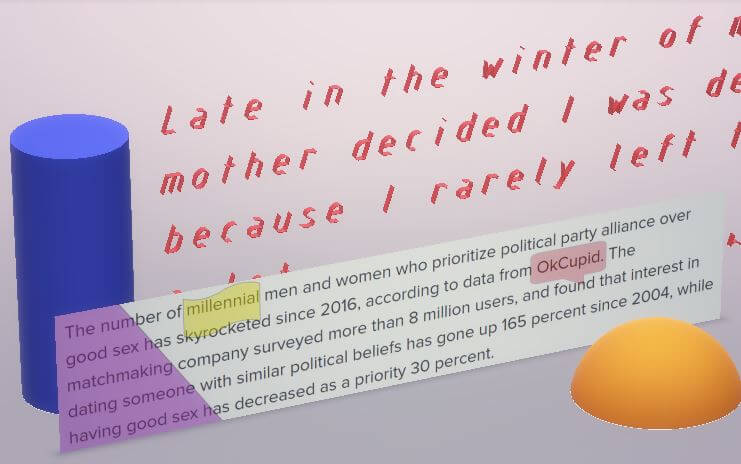 The answer lies with the world that has been built by the last generation to earn the ‘greatest’ title before us: the baby boomers. As baby boomers emerged from childhood, they soon had a very jolting experience into the foray of the professional worker. Their journey into adulthood was not as long and smoothed out as ours. Most of them emerged from the growing middle class, at a time when countries all across the world were engaged in a GDP scoring competition.

Thus, most of this generation were thrust directly into the workforce and found a way to sustain themselves, thanks to their resilient nature. They ended up earning far more than their parents, a trend which had been continuing since the 1900’s. Later on in life, most of them ended up giving birth to Generation X as well as the Millennials.

But it seems like the buck stops here, as the Millennials are suited to be the first generation to earn less than their parents. It is not a surprise that rising difficulties to secure a job coupling with employment opportunities bottoming out post the Great Recession have led to employment protests throughout Europe, the USA and Asia. And although Millennials are believed to be far more open-minded and tolerant, the dire circumstances have led to growing support for right-wing politics in many European and South Asian nations.

The super-saturated job market has lead to increasingly weird paradoxes. Here’s one story from The Huffington Post, which could be one of many:

“I was literally paying to work,” says Elena, a 29-year-old dietician in Texas. As part of her master’s degree, she was required to do a yearlong “internship” in a hospital. It was supposed to be training, but she says she worked the same hours and did the same tasks as paid staffers. “I took out an extra \$20,000 in student loans to pay tuition for the year I was working for free,” she says.

Worse yet, with the increase of contractor companies which deal especially in security, storage and inventory management, or housekeeping activities, the future of low-income workers is further at risk. Take the example of Mr Joe, the security guard at the mall, who is actually signed to a contractor that has inked a deal with the mall. In this way, the mall just has to pay the contractor and not the individual person who is doing the job. This cuts out a lot of costs including any form of pension or benefits. Of course, that goes out of Mr Joe’s pocket. And out goes any form of career advancement either.

Princeton-LSE grad Michael Lewis made a fortune and a legacy out of his book, Liar’s Poker, which details the rise of Lewie Ranieri and his team of traders who made big money at Salomon Brothers back in the late-80’s. In the book he often spoke of back office workers, including people who worked the fax and xerox machines, later trying their hand at trading for the company after slowly rising through the ranks over the years.

Well, thanks to him for documenting another list of practices that went out the window during the Financial Crisis. You can wave goodbye to that sort of career mobility in the 21st century. After all, the Great Crash of 2008 was all about under-skilled people working over-skilled jobs. Look at where we have arrived now with the current wave of Millennial underemployment.

It is because of things like these that we fear a slip up so much, even a little one, that could send us hurtling down the tunnel of underemployment, unemployment, and at last, poverty. No, no, don’t laugh, this is serious. You might not have gotten out of your post-sack funk by the time you realise that you have fallen below the line.

Anirudh Krishna, a professor at Duke University, has documented over 1,000 cases of people who fell into poverty, and only some of whom managed to escape it. He conducted his search throughout India and Kenya, and revealed that poverty arises from a series of mishaps. One broken leg, one lost job, one sick family member and you find yourself below the line. And it is this chance of slipping (literally), coupled with humongous college and healthcare costs, that force us Millennials to hope against hope to strive for perfection at every living moment.

Thus, here we stand at the brink of a period of flux and change. Our generation’s defining moment has come and gone in 2008, we are just afraid another one might come along too soon. We might well be the first generation in decades to earn less than our parents. We will delay our marriages as well as moving out of home. Yes, buying a home now is exponentially tougher than 30 years ago. Deal with it.

And you have a problem with that? We don’t, we have no choice.

Welcome to the future (FML).