Since the 1930’s, with the discovery of LSD (Lysergic Acid Diethylamide) by Albert Hoffmann, and much later, with the introduction of Psilocybin mushrooms (magic mushrooms) to the west by Gordon Wasson, there has been much heated debate on the topic from all disciplines. The true history of psychedelics is as old as our evolution, and some like Terrence McKenna have even proposed that human beings developed their unique characteristics, especially that of our deep awareness and self-consciousness as a result of the consumption of varieties of psychedelic plants, especially the psilocybin mushrooms.

More importantly, the advent of many religions is also very likely associated with the experience of psychedelics due to the similar character of religious experiences. This view is further confirmed by the fact that, evolutionary speaking, almost all primates consume mushrooms found in nature.

My purpose here is not to draw attention to the medical benefits of these substances; that is the job of the scientist, but I am mostly here to describe what we call ‘the psychedelic experience’, and to finally go into a theory that I have been deeply thinking about, which is called: ‘Explo-Consciousness’.

Before anything, it is of great importance to explore the science of these substances. Both LSD and Psilocybin are psychedelics, meaning, mind-manifesting or mind-expanding substances. These substances, unlike most recreational drugs, do not increase ‘the pleasure chemicals’ like dopamine, and as such, they do not possess any addictive properties. Instead, they are called serotonergic substances; meaning that they bind with serotonin (the receptor responsible for mood and sleep regulation). When ingested, they alter the user’s perception, and interestingly they bring about hyper-connectivity within the brain as the following diagrams show: 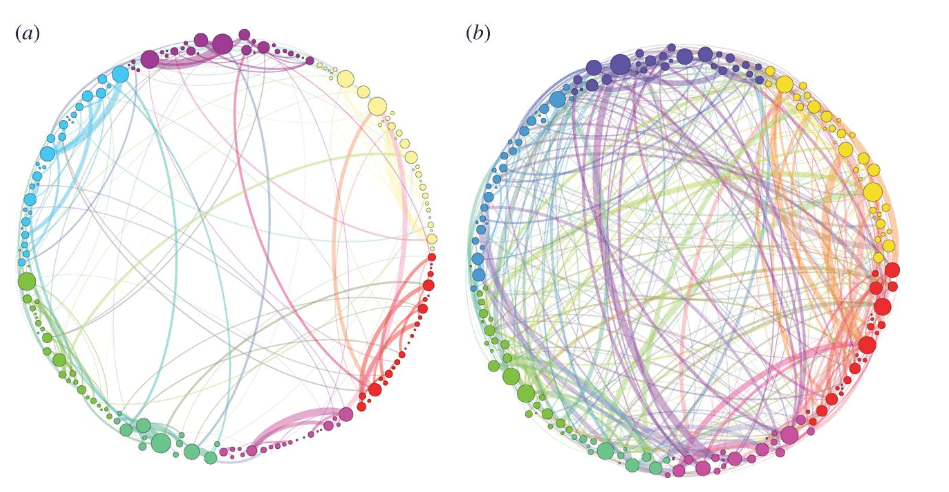 These two diagrams are the representation of the brain state; (a) is the state of someone who has been given the placebo with few neuro-connectivity, whereas (b) is the brain on psilocybin. This research, carried out by the Imperial College Centre for Psychedelics, is the first time we have understood, using brain scans, that, on psilocybin, the brain becomes hyper-connected. This hyper-connectivity is also understood to suspend the brain’s ‘Default Mode Network’, which is somewhat equivalent to the ‘ego’ or the ‘self’. The DMN is what provides you with a theory of who you are, and it is particularly active when one thinks about the past or plans for the future.

The over-activity of the DMN is closely correlated with mental illnesses like depression and anxiety, as, roughly stated, the former is in relation to being stuck in the past, and the latter is in relation to worrying about the future. This is, perhaps, what explains the experimental medical use of psychedelic substances to treat anxiety and depression, as for a short while a patient is, simply put, taken out of the prison of the judging and destructive self. As a result, they develop new perspectives about themselves. Such results could also be novel and life-changing for older people, as they too become imprisoned by deeply structured patterns of behaviour and belief. In short, ego dissolution or the suspension of the DMN is not only good for treating mental illnesses but could provide most people with new perspectives in extremely profound life-changing experiences. Such profound experiences were observed in many studies carried out by the John Hopkins Institute, for those of you interested to look further.

Furthermore, when describing the psychedelic experience, one must necessarily possess a new language or form of expression, if one is to truly communicate these experiences. And, this is only possible if one enters through ‘the doors of perception’ and arrives in the place, beautifully described by Rudolph Otto, as “the wholly other” with a unique sense of “Mysterium tremendum et fascinans”. This is a place where all previous beliefs become trivial and one is then struck by a sense of mystery that is infused by feeling of the holy; both imitating love and terror. One feels in union with God, if God means anything! There cannot be anything in the realm of visual and emotional experience that is more spiritual or religious than the psychedelic experience. The experience, for many, takes the turn of a true and meaningful conversation with this energy or cosmic-consciousness. As a result, if the experience is integrated, the profundity of the experience, whether positive or life-changing, can remain with the voyager. And, if negative, it can be managed with integration; hence why it is necessary to have an experienced guide when taking these sacred substances.

My own experiences with mushrooms have always been profound; especially the second time when I took a huge dose of 6 grams of dried Liberty Caps. I probably should have taken less, perhaps 4 grams. As with any psychedelics, ‘set and setting’ is more important than the substance itself. My ‘set’ (state of mind) was that of a readiness to have a spiritual experience but it also expected to be terrified. And, my setting was a dark quiet room with a comfortable bed that I laid on after ingesting the mushrooms. Indeed, I was alone…and it was in this environment that I experienced the wholly other. This was my fourth time, so I saw no need for a sitter.

After about 20 minutes, I felt like my body was warming-up, in a strange spiritual sense. It was as if my body was preparing to travel to another dimension; I felt uneasy and excited at the same time. I was like a snake shedding its old skin, and subsequently after 1 hour, all my recent life-choices came in front of me from a different angle. I saw where I went wrong…. I saw and understood my recent errors or areas in life that I had not paid attention to. All of us know our weaknesses and faults but the DMN or the ego stops us from truly accepting, comprehending and feeling them. We may even admit to other people that we are in the wrong but deep in the foundation of our beliefs, we always manage to convince ourselves that the other is in the wrong. But, this time was different. This time, I gained the power to truly separate myself from my ego, and then from those eyes looked and analysed my mistakes and weaknesses.

This internal feeling was neither judging nor merciful. It was, rather, like being able to look at all my infirmities with a naked eye that was free from all contaminant lenses, so pure and honest! Imagine looking through the window and seeing the disorderly garden of one’s house. Normally, we are moved by emotions such as disgust, sadness or even perhaps the urgency to clean and organise one’s garden. In my experience, there was only the observable garden and its disorganised state, I was like God just observing… After some time of seeing and understanding all my faults, I was then touched by this divine sensation of love that communicated to me that “it’s ok”. This was the most profound moment in the entire experience where I deeply felt that I didn’t have to be oppressed by my past faults and mistakes. The experience was not only meaningfully self-exploratory but deeply healing and transformative.

For a long time, the purpose of human beings has transcended survival. It seems that all human cultures have understood the importance of knowledge, whether practical or theoretical. Similarly, all cultures have also understood the importance of experience not only as an activity that is fun and enjoyable but also as something that is deeply related to the human essence. In fact, these two things are not separated, but it is clearly observable that knowledge is also a derivation of either direct experience or reflections of experience. As such, the meaning and purpose of human beings is directly intertwined with experience.

And, the more we have access to different repertoire of experiences and the more we live as humans, the closer we get to completeness of what humanness really means. It is also likely that the process of becoming more human is akin to transcending the current reality of the essence of man. In other words, such an evolution or transformation pushes one to become more than a human. One who has more, has more and is perhaps more prosperous, but one who ‘becomes’ more, he transcends himself, even surpassing God himself. For God supposedly created man…now man can constantly re-create himself and ascend at a place that God himself could never attain. For God’s essence is fixed and his nature unchangeable. All varieties of human experiences offered to us by the world (both positive and negative) is a necessary condition if one were to attain such transformation. It occurs to me after my own study and experience that the ‘psychedelic experience’ is the most profound of all possible human experiences; and yet most modern societies have demonised these sacred substances. The function of the ‘mushroom’ and other sacred plants is teaching and they are the wisest of all teachers as they teach you to think for yourself. Other than this, and many other profound functions that these plants play, they also freely gift you the most challenging and life-changing experiences, and these are not only healing but also what one needs for a true spiritual awakening.

Now the question is, do you prefer a life full of indoctrination and culturally sanctioned values; a life whose contents have been determined by others? Such a life is comfortable as it requires no self-examination and self-exploration of one’s authentic self. When one enters in the psychedelic realm, one realises that the essence of man is so much more than just the ego, which is the construction of society and culture. 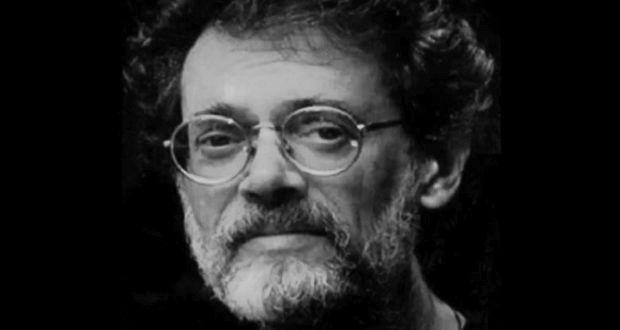 I want to dedicate this piece to the great Terrence McKenna whose ideas have helped me integrate my psychedelic experiences!

Explo-Consciousness: The Science, Phenomenology and the Implications of Psychedelic Experience
Share this