Since the appointment of ex-Arsenal midfielder Edu as the club’s technical director last month, the Gunners have accelerated their transfer plans after initially making slow progress towards agreeing deals for the likes of Wilfried Zaha and Kieran Tierney.

After the little-heralded signing of Brazillian youngster Gabriel Martinelli, the window really kicked off with the double announcement of Dani Ceballos on loan from Real Madrid and the signing of £27 million William Saliba (who was subsequently loaned back to Saint Étienne) on July 25th. This was soon trumped by the surprise signing of Nicolas Pépé from Lille, with Arsenal defying the reports of their £45 million transfer budget by securing the £72 million Ivorian forward on a 5 year deal.

Finally, deadline day saw the defence bolstered by the £25 million signing of left-back Kieran Tierney from Celtic and the shock arrival of veteran centre-back David Luiz from London rivals Chelsea for £8M on a two year deal.

With Unai Emery now having added quality at his disposal, the question is how each of the new boys will fit in.

A quick mention of someone Arsenal fans won’t get to see for a while; teenage defender William Saliba whose former club Saint-Etienne insisted on having him loaned back to them this season. Despite not having played a game for the club, he has already endeared himself to the Arsenal faithful after he reportedly snubbed interest from North London rivals Tottenham before opting to join the Gunners. Once Arsenal fans do get to see him in action, they will see an accomplished modern centre-back, capable of surging forward from the back whilst also being a dependable defender, especially in 1v1 situations. His rangy stride and 6’3 frame make him a physically excellent prospect and when looking at the market for the likes of Harry Maguire, £28 million could be a bargain for an 18 year old that was starting for the fourth best team in France.  Saliba, along with Rob Holding and Calum Chambers, looks set to be the future of Arsenal’s central defence as Sokratis and David Luiz advance into their 30s.

The signing of 18 year old Brazillian winger Gabriel Martinelli has understandably been forgotten about by many after the 5 higher profile signings that followed. Signed from Brazillian side Ituano for a reported fee of £6 million, Martinelli made his debut in a short cameo against Newcastle last weekend and, with the sale of Alex Iwobi to Everton, could be in for some minutes as a rotation player this season. With Pépé and Henrikh Mkhitaryan now the only established wingers at the club there’s a route to the first team for Martinelli, but he’ll face fierce competition from fellow teenage wingers Reiss Nelson, Emile Smith-Rowe and Bukayo Saka.

Talented midfielder Dani Ceballos played a crucial role in Spain’s triumph at the European U21 Championship in Italy this summer, and he will now embark on a short stint in North London before he likely cements himself as a Real Madrid regular for years to come. A player as gifted as Ceballos is seldom available on loan and Arsenal should thank the likes of Luka Modric and Toni Kroos for blocking his path to regular minutes at the Bernabeu, allowing Arsenal to acquire a player who will slot right into their first XI.

With Ceballos being the only addition to Arsenal’s midfield this summer, it would be natural to think he would be tasked with replacing the void left by Aaron Ramsey’s departure to Juventus. However, Ceballos is more similar to a few of Ramsey’s former midfield partners: Jack Wilshere and fellow Spaniard Santi Cazorla. Wilshere and Cazorla both averaged over 2 dribbles a game throughout their Arsenal careers, but since their departures in 2018 no Arsenal midfielder averaged more than Mattéo Guendouzi’s 0.7 dribbles a game last season.

Ceballos averaged 2.7 dribbles per game in his last league season of regular football at Real Betis in the 2016/17 season and should contribute to some much needed technical support in the centre of the park, giving Arsenal a ball carrying outlet from deep to evade pressure. 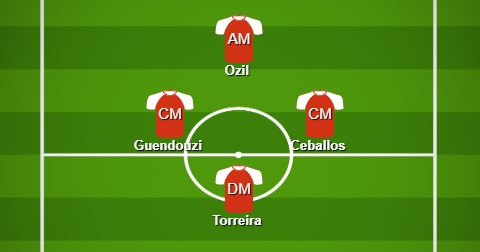 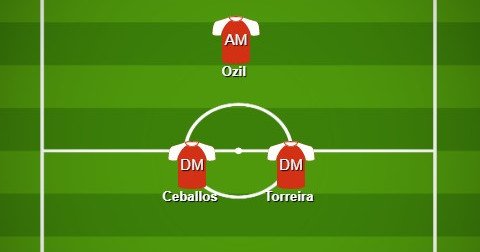 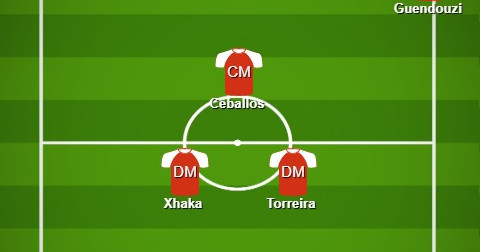 Ceballos’ immense skill set and versatility means he is capable as a deep-lying playmaker, a tireless box-to-box CM, or in the number 10 role. Given Ramsey’s departure and Özil’s recent off-the-pitch adversities, Emery is likely to deploy Ceballos as the furthest forward midfielder. The 23-year old’s outstanding performance on his home debut against Burnley earned him rave reviews and the MOTM award, showcasing his masterful ability as he began the game behind the striker but switched to a deeper role later in the game. Wherever he plays, the former Real Betis man is a superb addition to Arsenal’s midfield for this season.

£72 million man Nicolas Pépé is the most hyped up of Arsenal’s summer signings for good reason; the Ivorian was one of only two players in the top 5 European leagues to score at least 20 times and record over 10 assists, with the other being Lionel Messi. Only Pierre-Emerick Aubameyang (22) and Alexandre Lacazette (13) managed more than 6 league goals for Arsenal last season so Pépé’s arrival should easen the load for the pair while forming a potent 3-pronged attack to try to match those at Liverpool and Man City.

Though playing in a weaker league last year, Pépé regularly got into goal scoring positions and had no hesitation in pulling the trigger, averaging 3.1 shots a game from wide, which is a welcome attribute to a team that had less shots than Crystal Palace and Southampton last season. Pépé will add value as a ball carrier and an outlet in the final third, fitting a profile Arsenal have been missing since the departures of Alex Oxlade-Chamberlain, Theo Walcott and Alexis Sánchez. Pépé’s dribbling stats last season were comparable to those of Chamberlain’s and Sánchez’s during their time at the Emirates, and if he can combine that with Walcott and Sánchez’s goal tallies then Arsenal have found a real gem.

There are, however, questions as to how he will fit into Arsenal’s front line with the likes of Lacazette, Aubameyang and Özil. Based on Unai Emery’s pragmatic approach last season, it seems unlikely the 4 will line up together often, especially away from home. Pépé should nevertheless be a fixture on the team sheet along with Aubameyang due to their counter attacking potential. With Pépé being a right sided player and Aubameyang, Özil and Lacazette usually playing centrally it seems difficult to play them all without one of them being out of position. Özil prefers to operate on the right rather than the left which could cause Pépé to be forced to the left in pursuit of playing the two centre-forwards in their natural positions. Needless to say, this would not be an ideal situation for a player new to the Premier League so it’ll be up to Emery to manage his team rotations and come up with a fluid attack to get the best out of all his star forwards. 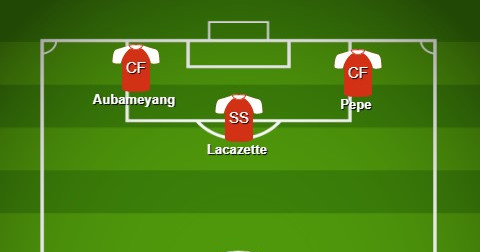 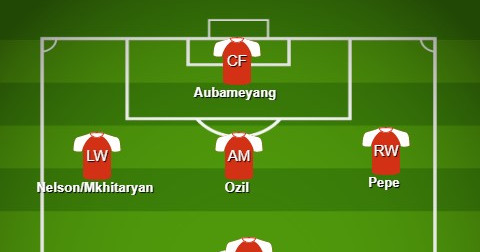 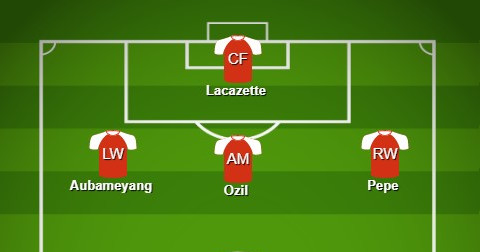 Perhaps the most important Arsenal signings were made on deadline day as the Gunners brought in some much needed defensive reinforcements. 22-year-old Tierney has already captained Celtic and Scotland, fulfilling the criteria of being a leader, a quality that many pundits, such as Gary Neville, have long been saying Arsenal miss.

When he recovers from his hernia operation, Tierney will be tasked with fighting off competition from fellow left-backs Nacho Monreal and Sead Kolašinac to make the position his own. Tierney predominantly featured in a back 4 at Celtic but has also played on the left of a back 3 for Scotland, with Liverpool’s Andy Robertson playing as a wing back ahead of him. Whilst this may just have been a way to shoehorn two of Scotland’s best players into the same XI, it could be an option for Arsenal going forward with Sead Kolašinac lining up alongside Tierney. Nacho Monreal has been deployed in a similar way over the last few years and the benefit of this would be adding another ball playing centre-half to bring the ball out from the back, as well as ideally having improved defensive security with 5 defenders playing.

Should Tierney start in a back 4, he should act as a good counter balance to Hector Bellerin on the opposite flank, with the Scot being the more reserved, technically proficient of the pair whilst Bellerin utilises his athleticism to make off ball runs and try and get in behind the opposition’s defence. 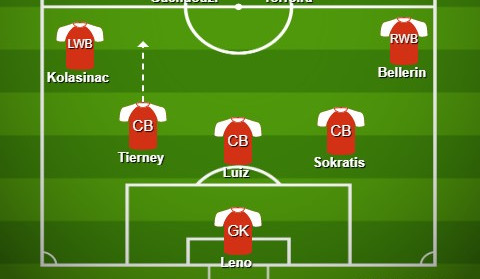 By crossing the divide between West and North London David Luiz followed the path that several players have trodden in the last 20 years, and if he can emulate the very reasonable Arsenal career of William Gallas then by all accounts he should be considered a success. Whilst Gallas was 3 years younger than Luiz when he left Stamford Bridge for the Emirates, he was a reliable (on the pitch, at least) performer for the club, playing 142 times for Arsenal and being named club captain after just one season at the club ahead of established veterans such as Jens Lehmann and Gilberto Silva. Luiz will likely form an experienced central defensive partnership with Sokratis, replacing Laurent Koscielny after the Frenchman’s 9 year residency at the club came to an end. 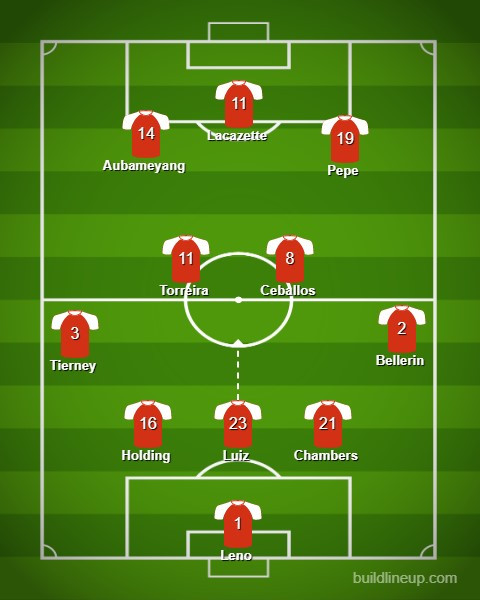 Luiz entered the Premier League the same year Koscielny did, with both rightly considered error-prone during their formative years in England before becoming quality centre-backs. Both are proactive defenders who defend on the front-foot, frequently stepping up to intercept dangerous passes. They are also both adept at bringing the ball out of defence and into midfield. However, Luiz is a much more accomplished passer, completing more through balls than any other Premier League player last season. If Luiz can replicate that form this season, Pépé and Aubameyang will thoroughly enjoy themselves in behind opposition backlines. Luiz’s fine passing repertoire may be best served in a back 3, like in the 2016/17 season where he made the PFA Team of the Year, where he can venture forward into midfield whilst still having two central defenders to cover for him. Seeing the Brazillian in an Arsenal shirt will take some getting used to, but, at £8 million, he could prove to be one of the most astute signings of the summer.

Arsenal’s window surpassed most people’s expectations and, though nothing is certain in football, right now has to be tentatively considered a success. Sanllehi and co. added 5 players ranging from 18-24 years of age along with a 32 year old with years of Premier League experience. Arsenal now have a good mix of youngsters who can grow together in the next few years whilst also having several seasoned veterans. The departures of Ramsey, Iwobi, Koscielny and Danny Welbeck appear to have been well replaced whilst lowering the average squad age as Arsenal begin a new era. Having said that, we can only review how good a transfer window has been after seeing how the signings actually perform on the pitch. There was lots of optimism following Arsenal’s 2016 window in which they spent around £90 million on Shkodran Mustafi, Granit Xhaka, Lucas Pérez and Rob Holding though the first 3 have all disappointed to varying degrees. It’s now up to the team to prove the new signings have brought them back to the level where Arsenal strive to be. However, fans do have reason for optimism as it seems that after a few tumultuous years with Sven Mislintat and Ivan Gazidis at the helm, the new management regime are capable of putting together a squad that looks set to contend.

How Will Arsenal’s New Signings Fit In?
Share this