“I’m really, really sorry. The pain of life overrides the joy to the point that joy does not exist. …depressed … without (a) phone … money for rent … money for child support … money for debts … money!!! … I am haunted by the vivid memories of killings & corpses & anger & pain … of starving or wounded children, of trigger-happy madmen, often police, of killer executioners …” - Kevin Carter (an excerpt from his suicide note)

On May 28, 2020, during an Indian Supreme Court hearing on the humanitarian crisis faced by the intra-state migrant workers due to the nationwide lockdown, Tushar Mehta, the Solicitor General (SG) of India, referred to the story of Kevin Carter, a South African photojournalist who won the Pulitzer Prize for depicting the 1993 famine in Sudan through a photograph titled “The Vulture and The Little Girl.” Troubled by all that he had seen, Carter committed suicide at the age of 33. 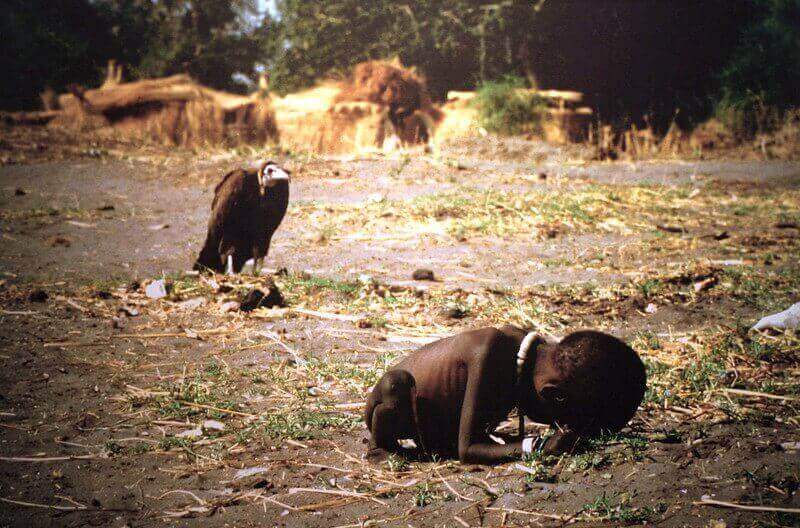 Narrating this from an archival perspective, Tushar Mehta aimed this towards the way the media is reporting the ongoing migrant crisis; by displaying their visuals, using mounting death tolls as headlines. According to Mehta, the ones documenting this are nothing but ‘vultures’.

Interestingly, this very documentation led the Supreme Court to issue a notice to all governments, ordering the Indian Central government and the State governments to immediately provide free-of-cost transport, food, and shelter to migrant workers on May 26, 2020.

Faye D’Souza, a journalist, retweeted the Supreme Court’s entire conversation and raised a very relevant question – “Would he (SG) prefer if these stories were never told?”

As a journalism student, I have had and have read plenty of comments and opinions towards the media. I have tried to differentiate criticism from mockery and take the constructive part out of the two. However, statements like the one made by the SG make me feel that even the courts in my country aren’t democratic but just political in nature.

The magazine, Caravan, in an article on May 28, 2020, reflects upon the plight of the journalists reporting during the pandemic. A snippet from the same:

“Every journalist who has been reporting on the pandemic has been traumatised by what they saw or reported. No one has done it for a moral license to feel better about themselves—this work, in fact, has the opposite effect on journalists. Over time, it changes you forever. The activist, filmmaker, and writer Susan Sontag summed up this journalistic dilemma best: “The person who intervenes cannot record; the person who is recording cannot intervene.”

The SG, however, told The Times of India that his statement was being misread as he was referring to some of the pseudo-NGO (Non-Governmental Organisation) workers who have just been criticising the government and the Court for doing nothing when they themselves also haven’t contributed enough to make the situation better for the migrants.

Yet, I personally feel that the justification given here is not exactly matching with the description the SG gave about the journalists in the court. The fact that the SG thought that the documentation could have been done in a better way is nothing but a step back towards blurring the lines of reality presentation by the fourth pillar of democracy. Is this not against the ethics of journalism? Has journalism been reduced to comfort news and neglecting the underprivileged? Is journalism NOT about grabbing the attention of the authorities in charge that have turned too blind to see the plight of the very people that made them sit in power today? Is journalism NOT about raising the voices of the voiceless? Yet the journalists who have been doing all this as responsible media personnel, at the expense of their own health during the pandemic, have been termed as ‘vultures’ in the Court? The SG has forgotten that the ones he claims to be vultures also got the country THREE Pulitizer Prizes 2020 for feature photography depicting the plight of Kashmir after the revocation of Article 370 by the Indian government in August 2019. In places like Kashmir, journalists themselves become stories and their work instead of being appreciated is reduced to zero or charged under the Unlawful Activities (Prevention) Act (UAPA) by its very own government.

Journalists like Barkha Dutt have been on road since the past 70-80 days covering the pandemic crisis and helping the migrants get adequate attention so that they reach their homes safely. They are out on the field and are away from their quarantined safe places, documenting stories of the ones who want to go to their own homes.

So probably for the next time, I can only hope there is a decent amount of respect for the ones who are actually contributing to help the fellow members of the society instead of passing a generalised bland statement for all the media because, in that way, you not only disrespect the journalists working on the documentation but also the sufferers who want to be voiced.