After a summer that was dominated by transfer rumours focused around wantaway Brazillian star Neymar, it’s been easy to overlook Paris Saint-Germain when it comes to considering Champions League contenders. Coupled with perennial European underachievement since their 2011 Qatar takeover, the Parisians still aren’t seen as a major Champions League contender by many and that won’t change until they advance past the Champions League quarter-finals, but could this be their year?

Whilst history isn’t on their side, they undoubtedly have one of the very best squads in Europe.

They’ve arguably never had an elite goalkeeper since the takeover, with Salvatore Sirigu, Kevin Trapp, Alphonse Areola and 41-year-old Gianluigi Buffon all having stints in goal. Last season Buffon was directly at fault for a goal in their 3-1 knockout round loss to Manchester United and to solve this issue they made the astute acquisition of 3 times Champions League winner Keylor Navas from Real Madrid. Despite riding the bench last season, the Costa Rican has established himself as one of Europe’s elite shot-stoppers over the last 5 seasons and represents a marked improvement from their previous options, and at just 32 years old, should still have a few top seasons left in the tank.

At the back, their squad remains largely the same, with the exception of Dani Alves’ departure and the arrival of Abdou Diallo from Borussia Dortmund, but it’s difficult to improve upon the excellent central defensive trio of Marquinhos, Thiago Silva and Presnel Kimpembe. Full-back is arguably the Parisians’ weakest area, although Juan Bernat and Thomas Meunier are both very capable going forward, especially when used as wing-backs alongside a back three.

The outfield signing, which will likely have the biggest impact on their defensive solidity, is 30-year-old midfielder Idrissa Gana Gueye. The tenacious Senegal international arrived from Everton with little fanfare compared to some of PSG’s previous star signings but could be just as important. Since the decline and subsequent departure of Blaise Matuidi in 2017, PSG have been lacking some athleticism in the middle of the park which Gueye will no doubt provide. He has already hit the ground running with a man-of-the-match performance in a 3-0 win over Real Madrid and he has been joined by another industrious, tough-tackling midfielder in the shape of Ander Herrera. Herrera and Gueye, along with Marco Verratti, are exactly the type of midfielders that top teams need to succeed in Europe; energetic, hardworking and defensively solid. Verratti has become one of Europe’s premier central midfielders over the past half decade and PSG’s success will depend on him remaining disciplined and avoiding a repeat of his costly red card against Real Madrid in 2018.

Up top, PSG’s attacking firepower speaks for itself: Neymar, Kylian Mbappe, Edinson Cavani, Angel Di Maria and Mauro Icardi ensure that PSG will never be lacking in firepower. Nevertheless, it is essential that PSG have a fit and available Neymar for the knockout stages if they want to go all the way. The Brazil star is one of the best players in the world, yet he has only managed to play one Champions League knockout match since arriving in Paris due to injury and is once again sidelined, this time by a hamstring problem, after three serious ankle injuries in the previous 18 months.

Whilst PSG have improved their already impressive attacking depth with the signings of Icardi and Pablo Sarabia from Inter and Sevilla respectively, Neymar’s deadly combination of goal-scoring, dribbling and creativity can only be matched by Lionel Messi and he has the ability to completely alter the outcome of a Champions League knockout match.

PSG’s attacking depth should allow for a lot of rotation and rest for Neymar in order to keep him fresh. And when the Brazilian superstar lines up alongside Mbappe and Cavani, they create an attacking trio that would fancy their chances against any opposition. 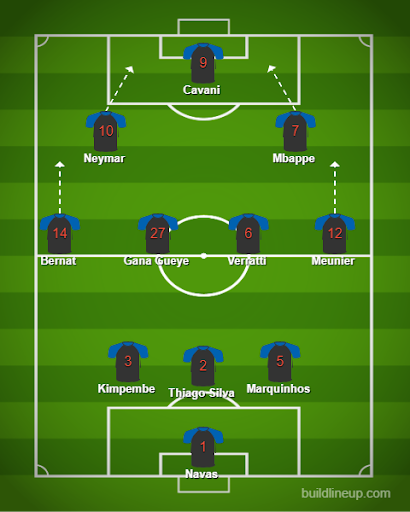 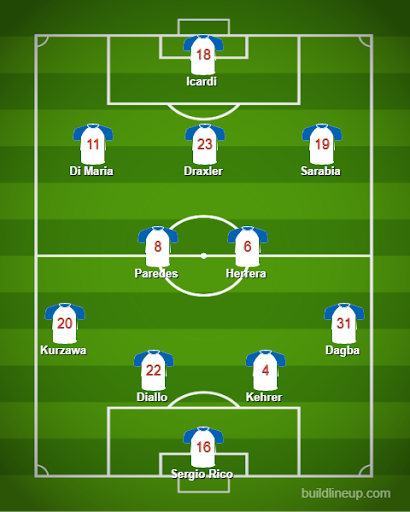 Newly formed superclubs such as PSG, Roman Abramovich’s Chelsea and Manchester City under the Abu Dhabi United Group have all historically tended to underperform in the Champions League in the first years of their projects, relative to financial investment and expectations. This may be partly attributed to a lack of European pedigree and winning culture, where lots of players and staff involved with the club haven’t experienced much in the way of major continental success.

PSG, however, now have a wealth of Champions League experience in their squad with Silva, Marquinhos, Verratti, Cavani, Draxler, Neymar, Di Maria and Navas all having over forty Champions League appearances to their name, with the latter three winning the competition during their spells at Barcelona and Real Madrid respectively.

Even at his young age, Kylian Mbappe already has eight Champions League knockout goals and the young World Champion and his teammates should be able to avoid mental issues which have crippled them in the past, most notably in the humiliating 6-1 defeat to Barcelona in 2017.

After Real Madrid’s European domination came to an end last year, there hasn’t been an obvious favourite in a wide-open competition that featured several improbable comebacks last year (including one at PSG’s expense), and it’s looking like a similar story this year. Liverpool are naturally one of the favourites after last season’s triumph and whilst they have an excellent starting XI, injuries to key players could damage their hopes due to a lack of squad depth in certain areas.

Fellow Premier League juggernauts Manchester City may be the favourites this year, but they have failed to get past the quarter-finals in the past three years under Pep Guardiola largely due to poor results in away legs and are also suffering from a lack of depth in defensive positions.

Spanish teams are the most successful of any nation in European cup competitions, and Barcelona, Real Madrid and Atletico Madrid have been 3 of Europe’s top teams this decade, however all 3 have issues which could prevent them from going all the way. After failing to re-sign Neymar, Barcelona’s over-reliance on Lionel Messi will once again be evident this season due to Luis Suarez’s decline and the misuse of Antoine Griezmann, who has often found himself stuck out on the left-wing. Meanwhile Ernesto Valverde is a manager under pressure due to embarrassing collapses in Rome and Liverpool in the last two UCL campaigns as well as an unconvincing start to this season. So, there are understandable doubts about this very talented side’s ability to go all the way.

Over in Madrid, Real have gotten off to a shocker in the Champions League, losing to PSG and drawing to Club Brugge with the absence of Cristiano Ronaldo still felt despite Eden Hazard’s arrival. When you look at the likes of Marcelo, Sergio Ramos, Luka Modric, Gareth Bale and Toni Kroos all seemingly in a state of decline and the comprehensive manner in which Ajax ended their 3-season reign as European champions last season, it certainly appears as though this edition of Real Madrid’s team is coming to an end.

Down the road from the Bernabeu, Diego Simeone’s Atletico will always be a well-drilled unit but have struggled for goals so far this season, netting only 10 in 10 league games.

Additionally, the likes of Juventus and Bayern can never be written off. Juventus under Sarri have a well-rounded team but neither them nor Bayern look as strong as they did in previous years.

The most prestigious club competition in the world is wide open this year. With a tactically astute manager and top squad featuring some of the best attackers in the world, don’t bet against PSG finally going all the way this year.

Why PSG Should be Champions League Favourites
Share this